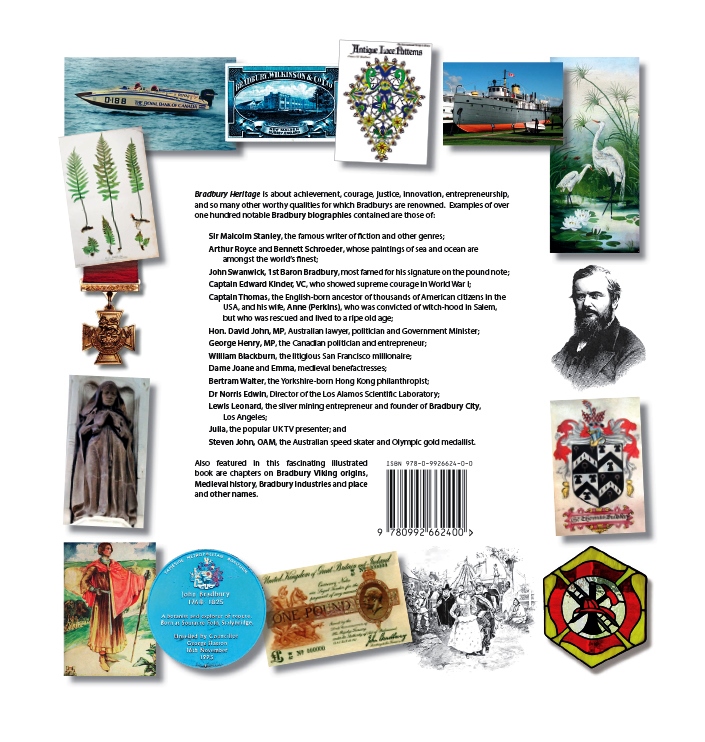 This book will be of interest not only to Bradburys, but to all who have a connection with a Bradbury family member, through ancestry or otherwise, or who have an interest in general historic events, from the early Middle Ages to the present day.

The publication quotes new and intriguing evidence of the Viking origins of some Bradbury family members, and displays relatively unknown seals and charters of three generations of Bradburys living in the 12th and 13th centuries. In addition to over 100 biographies of notable family members are entries for a host of Bradbury industries, ranging from a maple syrup producer to a piano manufacturer, and from a New Zealand stud farm to a factory making sewing machines and motor-cycles. Bradbury place and other names, including those of islands and towns, a museum and a mountain, complete this interesting collection of entries.

What a brilliant publication! It is fascinating, beautifully published, and the section on my grandfather (1st Baron Bradbury) is very well crafted. Not much has been published about his contribution as Principal British Delegate to the Reparations Committee after WW1, and the imaginative "Bradbury Plan", so this chapter is especially welcome. I look forward to reading about the many other notable Bradburys, past and present. The book will have pride of place on my coffee table!

The book is wonderful! The content is fascinating and it is beautifully written and presented. What an eclectic clan we Bradburys are!

A beautiful book, extensively researched, comprehensive and written with commitment and passion. Many fascinating 'vignettes'.
Could this be the first substantial book of a new genre?
Well done, Charles, pride of us Brads! 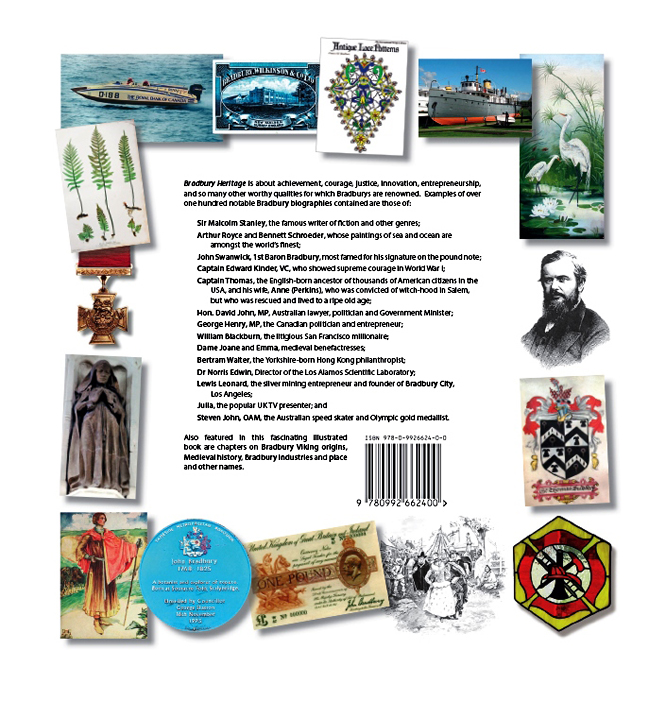