The family origins of the Carnegies go back to 12th-century Brittany, in northern France, and to the Scottish counties of Fife and Angus. Andrew Carnegie, the philanthropist, who is the chief hero of this book, was descended from David Carnegie, 1st Earl of Southesk. While Andrew eschewed any idea of high birth, preferring to be seen as a poor weaver's son, he relished all the historical tales of derring-do about William Wallace, Robert the Bruce and Bonnie Prince Charlie. William Shakespeare and Robert Burns were his favourite authors, whom he never tired of quoting. Carnegie Heritage brings into focus his family background and personal character, exploring his amazing life and his unprecedented legacy of humanitarian foundations and endowments.

When writing the book, the co-authors had the great pleasure of travelling to Skibo Castle and meeting several of Andrew Carnegie's descendants, who have been most helpful with personal information and family photographs. A number of less-closely related Carnegies are given prominence in these pages, such as Susan, who founded the precursor to the Royal National Lifeboat Association, and the Jacobite David, who established a notable brewery in Gothenburg, Sweden, after the 1745 Rising. Beautifully illustrated and copiously crossreferenced, this publication, the fifth in the remarkable 'Heritage' series from Braykc Publishing, deserves a place on the bookshelf of anyone who admires Andrew Carnegie and the rich store of benefits which he left to all mankind.

The book is a treasure-chest of facts, statistics and surprises and much of the information has not appeared in print in this form before.

A Note to Librarians

In today's world of information technology, it is easy to overlook the wonderful legacy left by Andrew Carnegie, who wrote: "A library outranks any other one thing a community can do to benefit its people". His name is perhaps associated more than any other with libraries in modern times. His love affair with books blossomed in Dunfermline, Scotland, and in Pittsburgh, America.

During his lifetime, Carnegie helped to establish more than 2,500 libraries throughout the world. On the lintel above the entrance of almost every such building which he endowed is the motto "Let there be Light".

Libraries are by no means the only legacy left by The Great Philanthropist: his many initiatives in the fields of education, science, world peace, and the recognition of non-military heroic deeds, are all described in this new illustrated book about Andrew Carnegie; his family ancestry and his extraordinary life, entrepreneurial flair and achievements, all make fascinating reading.

No library should be without at least one copy of Carnegie Heritage, a beautifully illustrated reference book, offered by Braykc Publishing.

I spent time with the book this weekend and was amazed at how much material is in it and how much I learned. It is a treasury of information, good text and good photos.

This is a beautifully produced book, which would grace any book shelf or coffee table. One of the best features is the Timeline, each chapter having a heading in its own right: it may not give you all the answers or every fact, but it will whet your appetite to investigate and to read more.

Care has been taken to give the book a full index and credits; the photographs and illustrations are top quality and some have never been seen in print before. The section 'A Miscellany of Quotations' is a real joy to read: it left me with a smile on my face!

I feel a lot of thought and care has been taken to produce this book. It covers every aspect of Andrew Carnegie's ancestry, life, career, retirement and legacies: so much more to the man about which people never knew.

This is certainly a dip-in-and-out sort of reference book: you don't feel obliged to read the chapters in any particular order. On a personal note, I would have liked to have seen a bigger reference section. Having said that, I struggled to put the book down. Well done to the authors, Charles Kinder Bradbury and Henry Steuart Fothringham.

I must congratulate the authors on this wonderful new book, beautifully illustrated, covering an amazing history of Andrew's life.  I love him dearly for the Scotsman he was and how he lived true to his own standards. Despite every drawback in life, he always saw the bigger picture, not just of his world but the world at large. He had a wonderful gift of giving unto others for the betterment of all.

As far I am concerned this is the 'Book of the Year'.

It's a really fantastic book, containing a wealth of information about the Carnegies, especially about the life and work of Andrew.  It is beautifully illustrated and methodically researched. Fabulous! 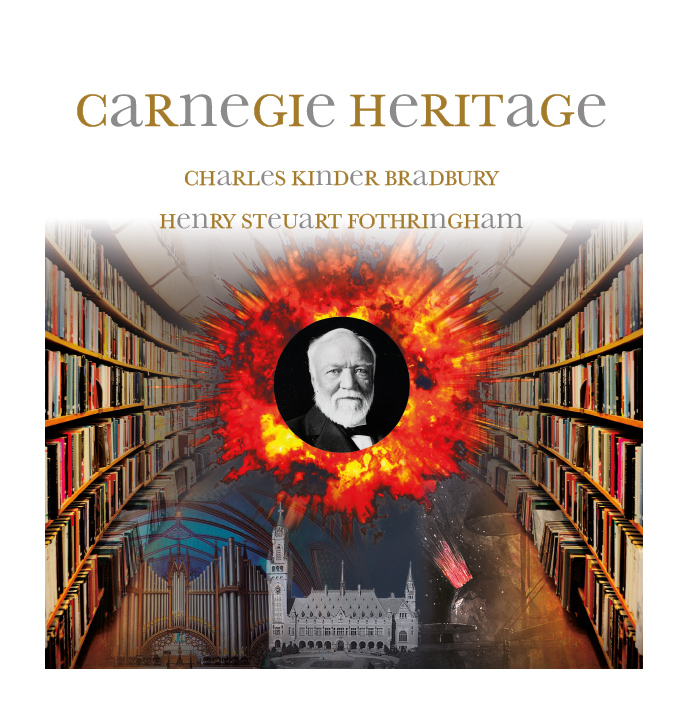 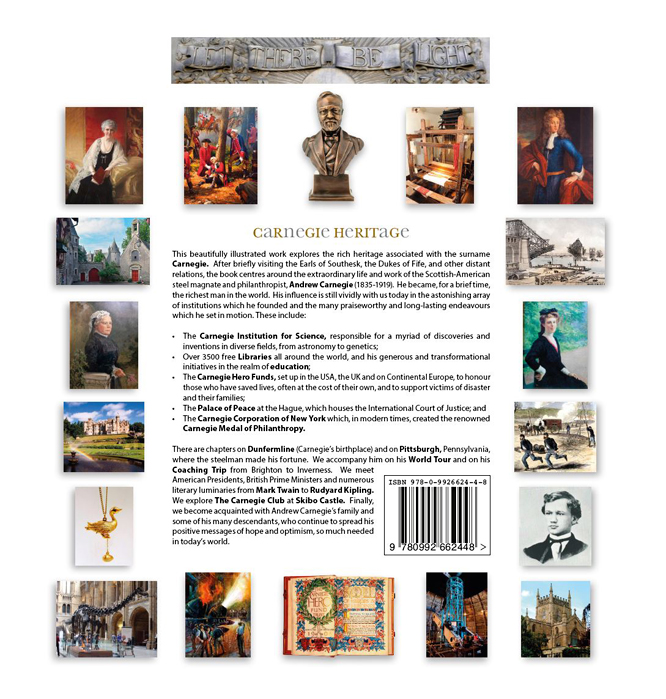